A life without constipation

Marija, 58 – have been chronically constipated for years. 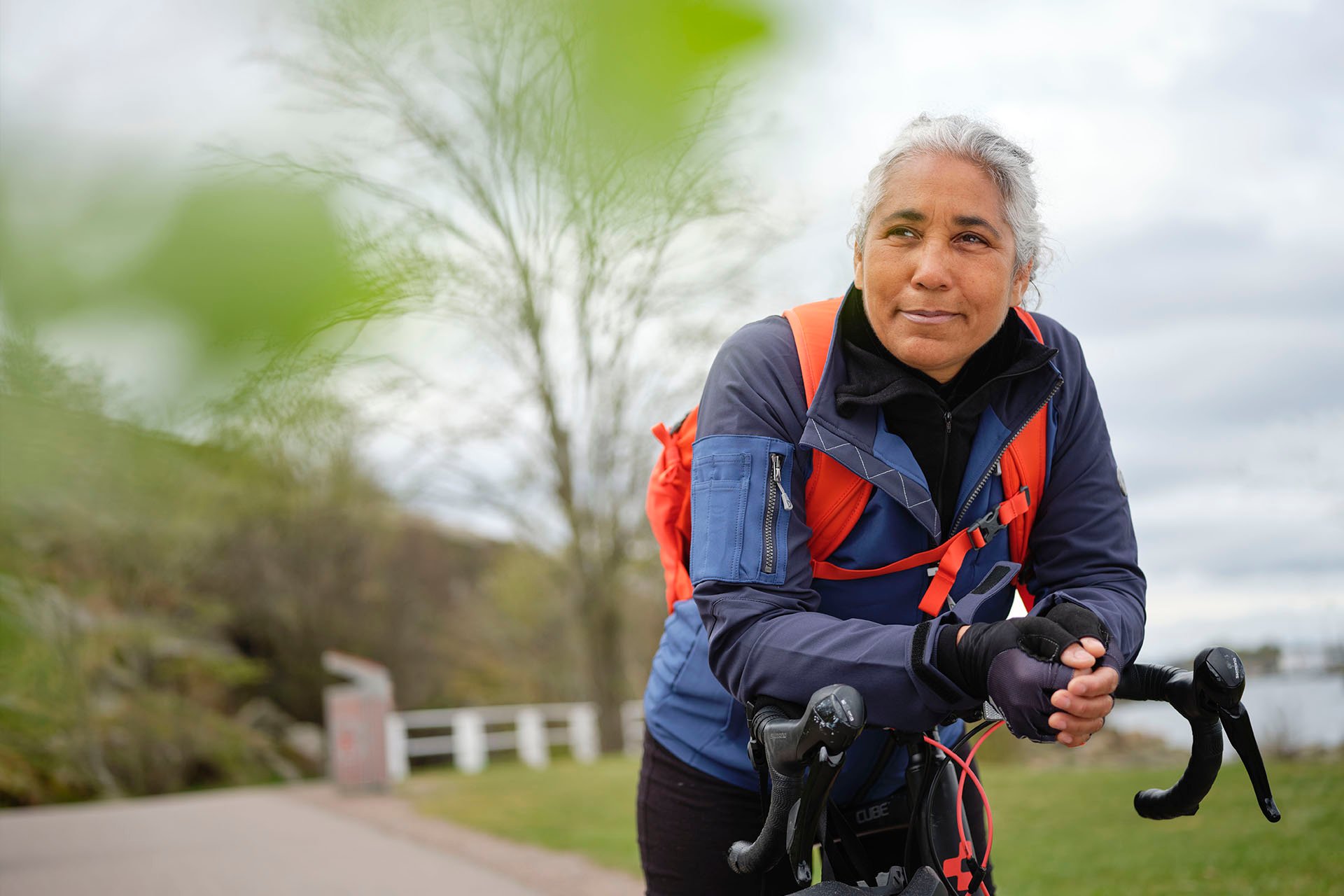 I can’t remember when my bowel didn’t hurt. I started having stomach troubles in my late teenage years and no one has really found out why. My mother always told me that apples was good for digestion so that has been a large part of my diet. Along with prunes, pears, mandarins, grapes, kiwi. Or whatever fruit I had read would speed up the digestion. Probably good for my intake of vitamins, not sure how much it helped with the transit.

I have been active my whole life and trained athletics when I was younger (also met my husband on the track). Unfortunately, a knee injury put a stop to field running, but then I found cycling. I love being outdoors and exercise have always helped me ease the pain.

When you are constantly constipated you learn to live with pain. What’s worse is the bloating and the “heavy” feeling. You have an urge to go, and then you are not being able to get anything out. I could sit for hours on the toilet and nothing happened. Plucking myself was a regular thing. And that feeling, when you put on a rubber glove and dig into your own anus, well, it’s not very dignifying, let me just say that much. But when you are desperate, you are willing to do anything to find relief.

I talked to several doctors about my situation, and it usually ended up with me doing a colonoscopy.
But since they have never shown that’s there is anything wrong with my colon, my situation was not investigated further. I was told to drink more water and eat more fiber and then I was sent home.

Then one day I got a tip in one of my frequently visited internet forums about a certain
gastroenterologist, and I made an appointment. First, she wanted me to try a new kind of medicine and that seemed to ease things for a while, but then it didn’t anymore. That’s when she suggested I should try Transanal Irrigation. When she said I was going to put a plastic catheter up my bum – and inflate a balloon there – I almost froze. But when she demonstrated it, I realized it’s a pretty small one and the catheter itself was very smooth, almost like a fever thermometer.

The first month I did the procedure every day and slowly increased the water amount. Now I irrigate every other, or every third day. I use an app that keeps track of my irrigation data and it’s really easy. I insert the catheter, just push a button twice on the control device and that’s it. A toilet visit for me takes about 30 minutes and my whole life has taken a huge turn for the better.

Getting my life back

I’m healthy, I sleep like a child and I never feel constipated. I almost can’t believe that it’s true, I never feel constipated. And, equally important, I feel fresh now. It might sound bit shallow, but I have been so self-conscious about if I smell or not. My confidence is returning, and I have started to make plans, both to do new things and more of things I had started to forsake in lack of energy.I have signed up for a bicycle race for a charity event later this year. So right now, I’m in full training. And for the first time in years I don’t do it in order to ease the pain – because I don’t have any!

Talk about it - Prepare before meeting your doctor

We know it can feel embarrassing talking about bowel problems and the symptoms you are experiencing. Or even worse, you might have brought up your condition with different doctors but still haven't got the right support.

That's why we have put together a questionnaire that will help you. Fill it out as thoroughly as possible - it will facilitate the conversation with your doctor and steer it in the right direction.