Four steps up the stairs and life changed forever

Four steps up the stairs – and then everything turned black. Michael, then 54 years old, was on his way up to the second floor of his home when the accident happened – he fainted and fell so awkwardly that he broke his neck and back. 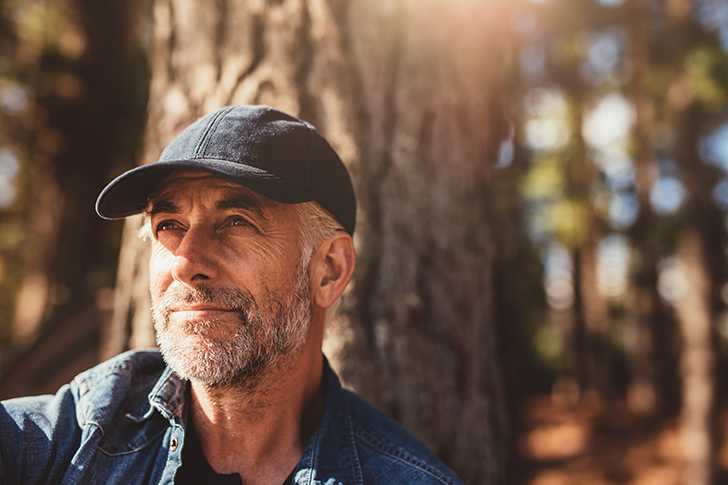 "I have tetraplegia" says Michael. "I have some feeling but no control - it is a complete damage to C6/7 that has led to both physical and neurological disabilities".

After spending three months in the Princess Royal Spinal Injuries Centre in Sheffield, England, he spent another eight months in rehab. Today, ten years later, Michael is retired and works part-time. As a trained chef, he likes good food and grows the organic vegetables he then cooks himself, spending a lot of time in his garden. Here he gets both fresh air and exercise.

Working in the garden is one of my biggest pleasures. It gives me satisfaction to see my vegetables grow, and eating what I have nurtured.

Michael believes that he has always found it easy to adapt and move on in life, to make the most of the opportunities that present themselves. He drives a car with hand controls – and has fitted a harness to the driver's seat that keeps him upright and gives him enough stability to be able to steer the car. He manages the constant pain that is a result of his injury by keeping busy.

Bowel management was a problem from the beginning. Michael often worried that small accidents would occur and this fear limited his movement and access to a social life.

"Someone might ask if I wanted to go somewhere, and I would say: 'Well, I don't know if I can', or 'How long will it take before we are home again?'. From the beginning, I was frustrated with my bowel function. I explored how I could take care of the gut and what I could do to become more independent, but at that time I could not find a solution to the situation. But there is a solution, and it's called transanal irrigation (TAI).

"The gut is a very important part of life and I don't understand why people wouldn't want to try TAI".

Here is a list of Michael's tips for feeling safe with TAI:

In short, note what you put in you, feel how it makes you feel and inspect the result: then you will learn what suits your body.

"Maybe they don't understand how easy it is to actually perform. TAI provides enormous benefits and increases self-confidence incredibly much."

Image for illustration purposes only