The story about LoFric’s balanced surface

Born in Sweden 1983, LoFric was the world’s first hydrophilic catheter – a true revolution at the time. Finally, self-catheterization became a real, viable option for people with bladder problems. Since then, LoFric has improved the everyday for thousands of people around the world, helping them to lead a more balanced life. 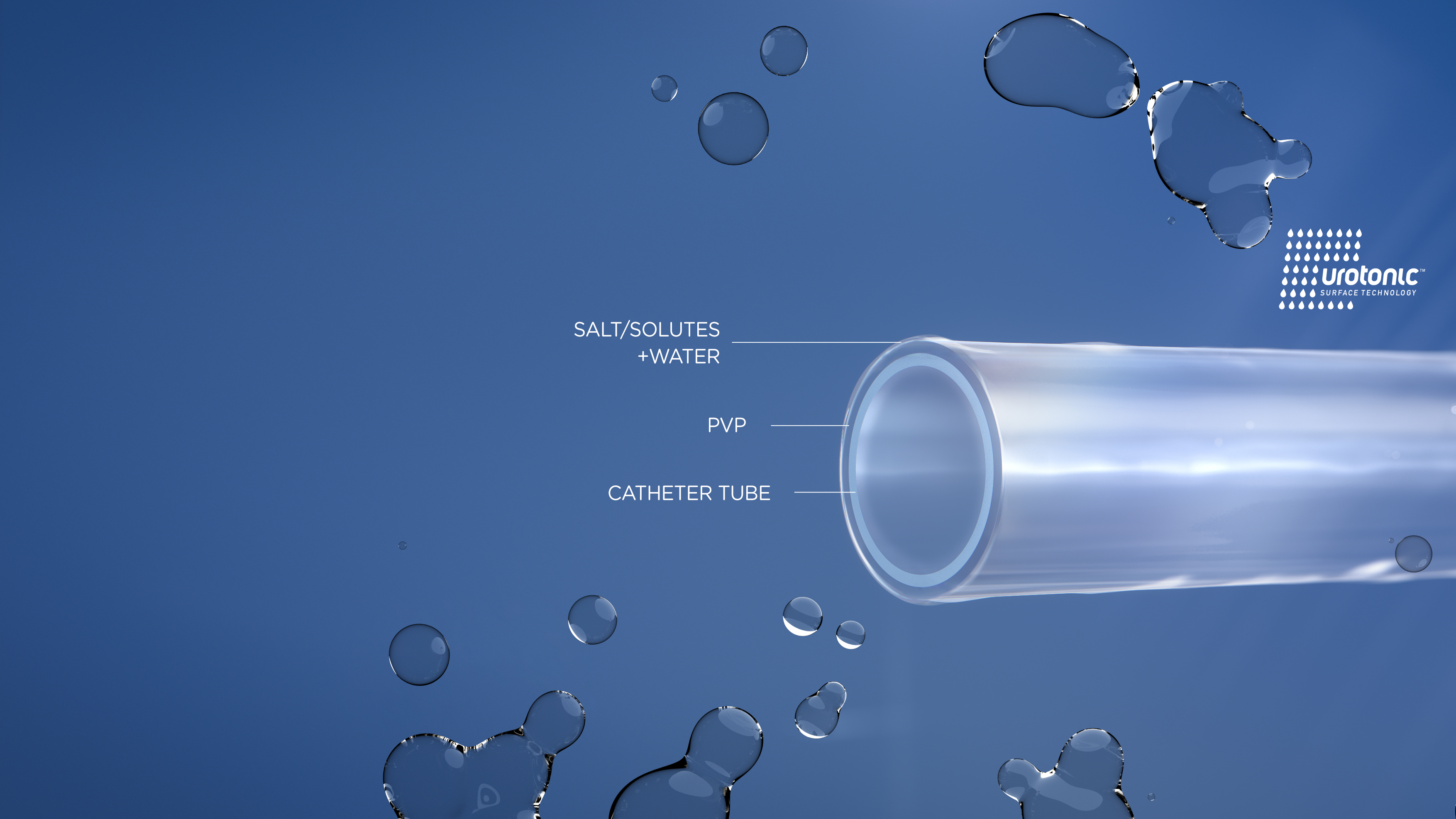 The word “catheter” comes from Greek and means “to let or send down.” Historical evidence shows that catheters were used as early as 3,000 B.C. to relieve painful urinary retention. In those times, many different materials were used to form a hollow catheter shape, including straw, rolled up palm leaves, hollow tops of onions, as well as metals like gold, silver, copper, brass, and lead.

Thankfully, catheterization has come a long way since then, but the basic procedure has remained the same. A thin tube is inserted into the urethra until the top reaches the bladder and lets the urine flow out at the bottom.

Even if ancient methods must have been both painful and harmful, it was a necessary relief. Urine retention can quickly become a serious situation and catheterization is nothing but a matter of life and death.

Dealing with such profound questions, it’s easy to understand why the team behind LoFric was very passionate about finding a new and better way to catheterize.

Before LoFric, indwelling catheters were the most common solution for catheterization. Although self-catheterization existed as an alternative, it was inconvenient and the messy gels that were used with older catheters were much less effective. Damages on the urethra and infections were recurring problems.

Wellspect has a long history of medical inventing and new products are always based on user needs. Working in close cooperation with both users and healthcare professionals gives us great understanding of needs and how to improve products and therapy. Minimizing the risks of urethral trauma, bleeding and strictures was the main objective when developing the first LoFric catheter.

Thanks to the relentless work done by Jan Utas, at the time Director of R&D Urology at Wellspect and his colleague Håkan Melander, R&D Scientist, the LoFric catheter with its unique surface came into production.

We treated the catheter with different solutions until we got the right coating,” says Jan Utas.

And when the production machine for the catheters arrived in February 1983, the research team practically moved into the production facility for half a year to get production going. Their dedication paid off, and in August 1983 the new and hydrophilic catheter LoFric was ready for launch.

LoFric quickly gained admirers in healthcare, who saw the potential, but there were still some bumps left in the road before the perfect balance was found. As the number of users increased, a few of them found that the catheter, despite the slippery sensation, tended to be difficult to pull out.

We suspected it had to do with the osmolality (the concentration of particles in the coating). So, we developed a new formulation that made the coating isotonic to urine, and it worked, says Jan Utas.

The improved LoFric with its new, balanced surface, was received even better. One of the early adopters was Doctor Lars Sullivan at the Sahlgrenska Hospital neurosurgery clinic in Gothenburg. He introduced LoFric to his spinal injury patients, who previously had to use in-dwelling catheters, with urine collection bags, that had to be changed by health care staff.

We wanted to find an alternative to this type of catheter,” says Jan Utas. “Being able to empty the bladder yourself normalizes life in a way by making living with catheterization less of an issue.

Since then, the Urotonic™ Surface Technology has been LoFric’s special trademark. But even if the unique, balanced surface has remained unmatched for almost 40 years, development has continued forward. The most obvious is that LoFric is no longer only one catheter – it is a whole family of catheters that offers a solution for almost every user need.

And even if no other catheter has been able to challenge LoFric’s outstanding coating, we don’t mind doing it ourselves. In line with Wellspect’s continuous sustainability work, we recently updated the surface coating manufacturing. By reducing the amount of water needed in the process, minimizing the use of chemicals and changing to a 100% bio-based solvent, we have managed to cut the coating process carbon footprint in half. Of course, without compromising with the LoFric surface quality in any way.

We strongly believe that our activities should increase the well-being of our users, but not at the expense of the planet. And now LoFric is in even more in balance with both body and nature.